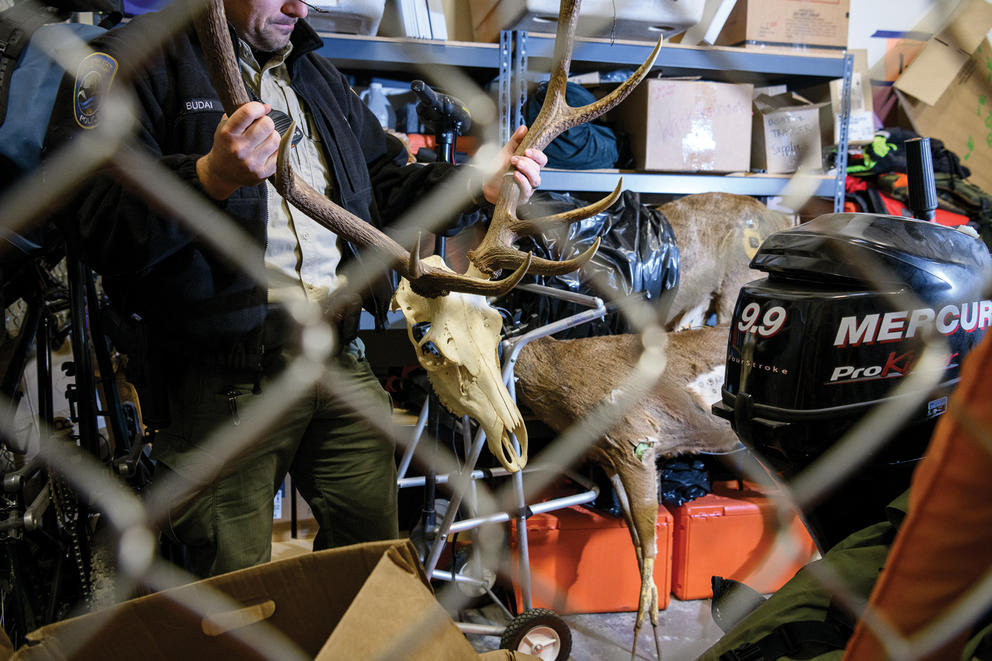 A group of hunters on the border between Oregon and Washington was arrested in 2017 for poaching vast quantities of animals. Game Wardens were alerted of the case after local hunters discovered deer carcasses with their heads missing. The case kicked into high gear when they found 27 deer skulls possessed by just two men.

After officials combed through their phone records, they were led to a much larger operation, one that also included killing bears, cougars, and bobcats.

Video evidence revealed children were brought on hunts, that the men murdered defenseless animals at close range, and that they often commanded their dogs to decimate the prey after it was struck down.

The men linked up via Facebook messages, sharing videos and pictures of their merciless killings. With the community fostered by social media, the poachers encouraged nonchalance about the wanton slaughter.

Their rationale behind the killings? The area had a predator problem, decimating the local deer and elk populations. Yet, they still participated in killing deer and elk themselves.

Exploring a story about game wardens investigating a poaching ring could be the first in a series about wildlife protection agents.

The hero could be a young female agent, a “city girl” running away from her past. Nobody believes in her abilities, but she proves her worth to her colleagues and the community throughout the story.

The villain would be the poachers. The story would unfold over a few months and outline the investigation, with personal threats made by the poachers. One of them could have ties with local authorities or with local elites, making them “untouchable.”

As a huge fan of Rambo—First Blood part 1 took place in the Pacific Northwest—I’d want to include a final battle scene where the game warden has to use her survival skills against the hunters as they close in around her. She doesn’t kill any of them, and by the end, she apprehends the poachers, bringing them to justice.

Other stories could include targeting different types of animals and poachers with varying sets of skills. For example, one is good with knives, one with long-range weapons, one with shotguns. Lastly, the poachers could have various ties with the community: the upstanding citizen, the unassuming restaurant cook, a group of like-minded men disenfranchised with the government and living on the fringes of society.