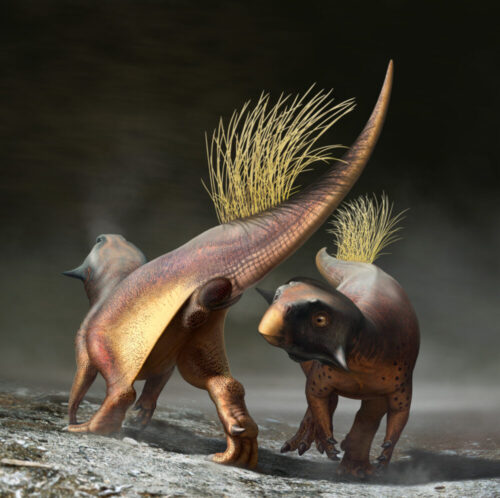 The cloaca is an opening found in non-mammal vertebrates that enables urination, defecation, and sex. A fossilized cloaca, a rare finding, was found in northeastern China and is currently in Germany.

Based on the tissues, scientists believe both odor and visual signals informed potential mates about the dinosaur’s willingness for sex.

In another story (might seem unrelated at first, but you’ll see where this is going soon enough), a Harvard professor claims an asteroid called “Oumuamua” is really an alien spacecraft.

There are several reasons why he makes this claim, all based on peculiarities of the space object. It ultimately boils down to which is more likely: a strange asteroid or an alien spacecraft?

Turning this into a story: what if Oumuamua really is an alien spacecraft, and they are all shocked when they discover human females have two orifices for the three biological functions?

This would be a first-contact story and create a new story world for a series. The aliens have traveled to many solar systems and contacted numerous lifeforms, and earth is the first planet where the dominant lifeform doesn’t have a cloaca.

The hero of the story is a young scientist responsible for showing one of the alien visitors—who is left as an ambassador—around the earth, showing them our way of life. Think “Coming to America” meets “Dude, Where’s My Car?”

It’s discovered that aliens have already infiltrated earth and exist disguised as humans, similar to “Men in Black.” The scientist and his guest are responsible for finding and thwarting the disguised alien’s attempts at signaling for their brethren, who would come destroy the world.

Every book in the series would involve finding and stopping a disguised alien, each time interrupting their plans for signaling outer space.