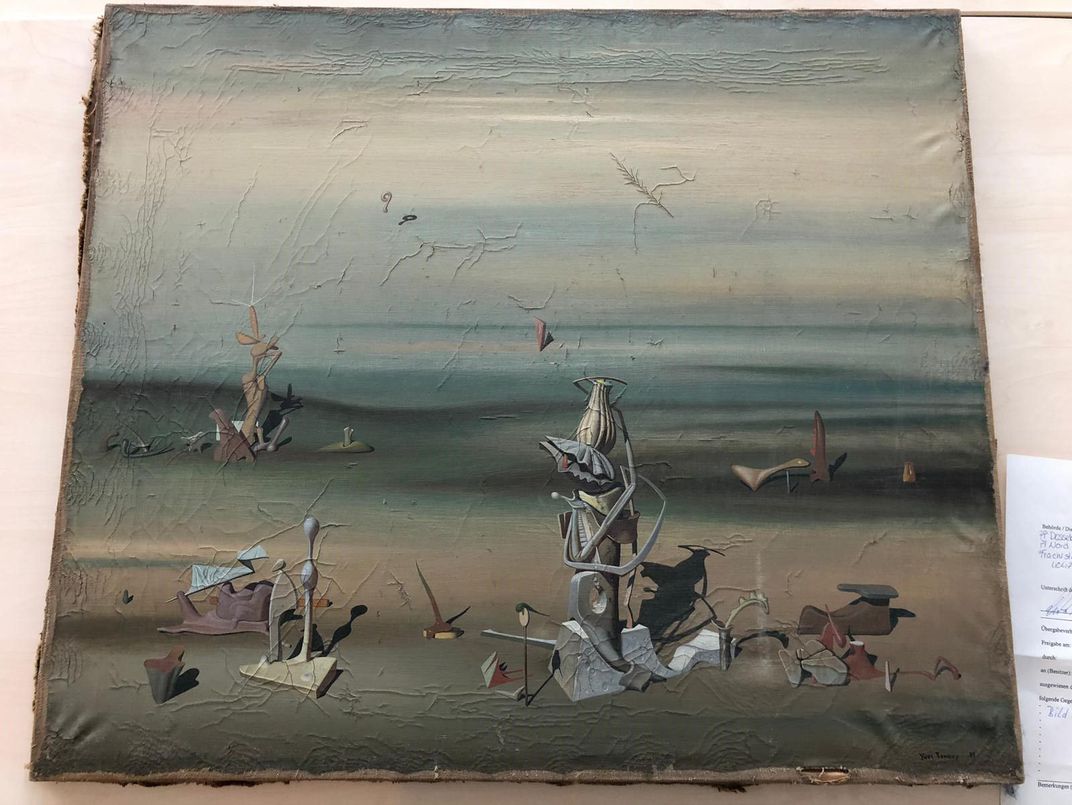 A surrealist painting worth 340k was found in a paper recycling dumpster outside a German airport.

The story began when a businessman left a surrealist painting worth $340k behind in the airport. He contacted the German airport when he landed, and they couldn’t locate the forgotten item. Eventually, the police reached the sanitation company that takes care of the airport’s trash. Together, they found the painting in the dumpster.

What I want to know: who’s the employee who thought it was a good idea to put the painting in the recycling bin?

It would be interesting if the entire situation was part of a heist. What if the thief was waiting to retrieve the artwork and his plan was foiled at the last second?

An exciting story is if a sanitation worker realizes the painting is valuable and decides to return it to the owner. Using his contacts within the airport, he finds out where the traveler landed and sets off on a trip with his best friend to return the artwork.

They deal with the thief hot on their tail during their trip, trying to get the painting back. The key to the story is the sanitation worker never realizes they are in danger—a grown-up “Dumb and Dumber,” with the artwork as the briefcase of cash.

During their trip, they meet different types of people. One of them recognizes the painting but doesn’t say anything.

The story culminates at the businessman’s destination. The ally they met along the way turns up again to save them and the thief is taken to jail.

Further books in the series could follow the pair as they try and do good deeds but, unbeknownst to them, they end up in danger every time. For example, helping find a rare missing dog or ending up as stowaways on a stolen yacht–common white-collar crimes where the villains don’t want their cover blown.